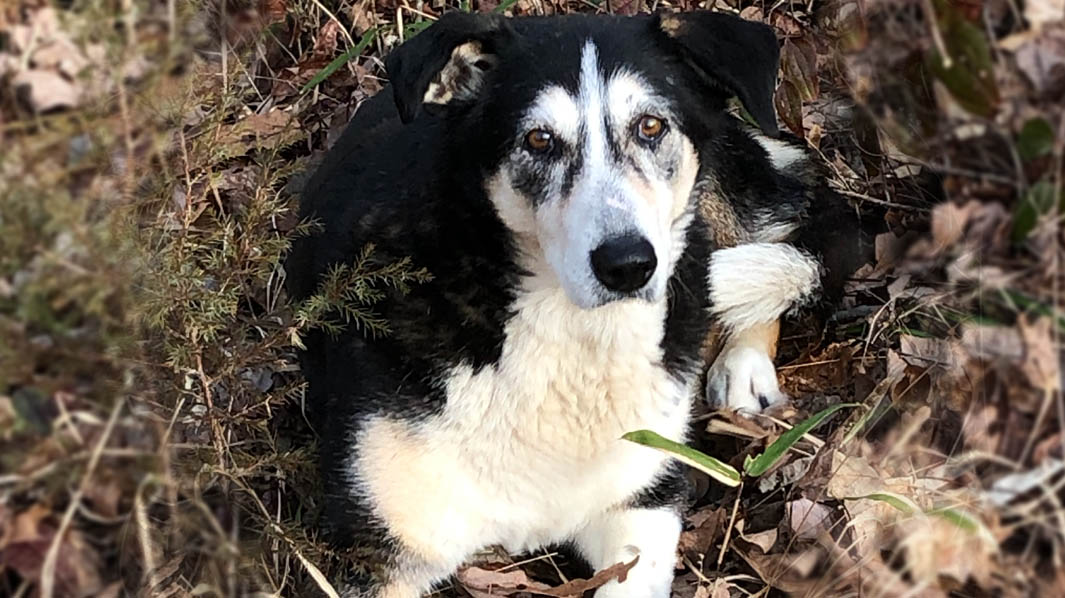 Gospel According to Dog

As our society is adapting to social distancing and other effects of the Coronavirus, First Baptist’s Sunday School ministry is looking for every opportunity to provide folks with brief lessons to share among families and friends (from a safe distance of course!) We have decided to use this new blog as a method to share some of our lessons in hopes you will be inspired, challenged, and encouraged during these difficult times. Our first blog entry comes from our very own resident physician, Dr. Will Dabbs. Will leads one of our young couples Sunday School classes at First Baptist, as well as serving on the front lines of the Coronavirus battlefield. He shared this recent lesson with me, and I wanted to make sure everyone had a opportunity to read it. Will’s humor, homespun wit, and theological truths present one of the greatest explanations of the Gospel I have ever read. I hope you enjoy it and share it with others.

This special Bible lesson is brought to you by our farm dog, Dog.

We homeschooled our kids way out in the sticks so we needed a proper hound. I bought them a beautiful little beagle from a local redneck buddy for $200. That's a lot to pay for an animal by my standards. The kids named him Rip and loved him like there was no tomorrow. Rip was rambunctious and full of energy.

We played with Rip for a while, but one day we were out running through the woods and Rip just took off after a rabbit or a girlfriend or something and never came back. The kids were crushed. I was disgusted. There's no telling where he finally ended up. Back at my redneck friend's place was always my guess.

In frustration I answered a “Free to a Good Home” advert in the local paper. All the best dog stories start with those five words.

We arrived at this sketchy place and maybe seven or eight of the most horrible-looking mongrels ran out from underneath the house trailer. They were skinny and flea-infested. Their coats were a half dozen different colors, their ears were floppy, and the tails were crooked. They were arguably the homeliest little dogs I had ever seen.

While most of them just sniffed around my son Wyatt's feet, the ugliest of the lot just jumped all over him. She looked like she wanted to be up in his arms or crawling around on his head. My heart sank as Wyatt turned to me and pointed to her, the ugliest, most hyperactive of the lot.

She was full of heart worms and just bug ugly. However, now she was one of us. Once grafted into our family that meant proper health care, so a trip to the vet tidied up her sundry poverty-induced maladies. Interestingly I think that ended up costing me more than what I paid for Rip.

“IN LOVE, HE PREDESTINED US TO BE ADOPTED AS HIS SONS THROUGH JESUS CHRIST, IN ACCORDANCE WITH HIS PLEASURE AND WILL.” – EPHESIANS 1:5

“BUT WHEN THE SET TIME HAD FULLY COME, GOD SENT HIS SON, BORN OF A WOMAN, BORN UNDER THE LAW, TO REDEEM THOSE UNDER THE LAW, THAT WE MIGHT RECEIVE ADOPTION. SO YOU ARE NO LONGER A SLAVE, BUT GOD’S CHILD; AND SINCE YOU ARE HIS CHILD, GOD HAS MADE YOU ALSO AN HEIR.” – GALATIANS 4:4-5 & 7

She hadn't earned a place in our brood. She didn't do anything to deserve it. She was saved from squalor underneath that nasty trailer through grace.

She was minding her own business along with the rest of the lost dogs when my son waded out in the middle of them. She didn't know him, but in him she saw hope. In a way she reached out from the darkness by faith to grasp something she couldn't understand.

“FOR IT IS BY GRACE YOU HAVE BEEN SAVED, THROUGH FAITH—AND THIS IS NOT FROM YOURSELVES, IT IS THE GIFT OF GOD—NOT BY WORKS, SO THAT NO ONE CAN BOAST.”  -- EPHESIANS 2:8-9.

This new addition to our family was in essence a new creation. She was brought out of her old world by means of something powerful and was grafted into our tribe. As such, she also needed a new name.

“THE NATIONS WILL SEE YOUR RIGHTEOUSNESS, AND ALL KINGS YOUR GLORY; AND YOU WILL BE CALLED BY A NEW NAME WHICH THE MOUTH OF THE LORD WILL DESIGNATE.”  -- ISAIAH 62:2

We picked up some Papa Johns and had a family meeting on the subject. I suggested Agamemnon but was mercilessly overruled. After some spirited discourse we decided she was just a base model dog. We therefore christened her Dog. Now fourteen years later she is still healthy, robust, and the most affectionate best pet we have ever had.

Dog lives outside. She gets her food from an institutional feeder and drinks water from the lake. I see to it that her needs are met. She always smells a bit doggish even when she is nominally clean. She doesn't wear a collar as we live so far from humanity that there's nobody out here to care.

“AND MY GOD WILL SUPPLY EVERY NEED OF YOURS ACCORDING TO HIS RICHES IN GLORY IN CHRIST JESUS.” – PHILIPPIANS 4:19

Dog loves me unconditionally. Every evening when I get home from work I open the door to my truck and she jumps up inside putting her front paws on my lap so I can scratch behind her ears. It's a daily ritual. She loves me when I'm tired, grouchy, or smell bad. I always wash my hands afterwards, but having dog jump up in my lap reliably takes the edge off of a hard day.

“BUT GOD DEMONSTRATES HIS OWN LOVE FOR US IN THIS:  WHILE WE WERE STILL SINNERS, CHRIST DIED FOR US.” – ROMANS 5:8

Dog is still ugly and smells bad, but she is a new creation. She is more than she could have been on her own. Not that life at my house is paradise, but it's a lot better than where she came from.

“THEREFORE, IF ANYONE IS IN CHRIST, THE NEW CREATION HAS COME:  THE OLD HAS GONE, THE NEW IS HERE!” – 2 CORINTHIANS 5:17

In the unmerited redemption of this broken wretched creature we see Christ's love for us in microcosm. God loves us without condition. We can't earn it, but it changes absolutely everything.

I ultimately paid more to fix Dog than I gave for Rip. It cost God a lot to fix us, too. He willingly gave it anyway so he could have a relationship with us.

So that's the gospel according to Dog.

We're blessed to live on a rural farm. I call it a farm, but it's really just a nice stand of woods. In these sordid times Cassie and I take a walk through the woods together every day the weather allows. Dog naturally tags along. Even at 14 years old she jumps up and down and runs in circles when it is time for a walk. It's the absolute high point of her day.

Dog is old. While she is still surprisingly spry, she is pretty much deaf. Protracted exposure to extensive automatic weapons fire will do that. The only time she responds to spoken words is when she can see you.

Her eyesight is OK, but I can tell she has cataracts. You can see them in her eyes when the light is just right.

Dog can still walk and run, but she slipped underneath the truck tire one day when I was heading out to work and broke her leg. It works fine, but it's just a little bit crooked. Her old injury also sometimes makes it tough for her to get going, particularly when it's cold. A little children's Motrin over some table scraps will fix that up when it gets bad.

For all of her shortcomings, however, Dog can still smell. While out on a walk with her yesterday I had a most remarkable epiphany.

I can still see and hear fairly well. When we were both in our prime I presume Dog and I were about evenly matched in that regard. However, Dog's sense of smell lets her perceive an entire world that I cannot. That world is surrounding me all the time, but I lack the tools to sense it.

As we are out walking Dog is always stopping to sniff some tree trunk or pressed down bed of leaves. I just see trees and leaves, but she senses the recent presence of a deer or a squirrel. She can tell when other dogs have been around and perceive certain threats long before I could.

God's spiritual world seems to me to be the same sort of thing. There is compelling evidence of it all around us, but we lack the senses to grasp it fully. However, just because it is something we cannot touch or feel does not make it any less real. It simply exists in a manner that is beyond our ready comprehension.

God exists all around and within us in a way that we cannot readily understand. He also loves us more than we could ever know. In return he just wants us to seek him, obey him, and love him back. Dog taught me that. 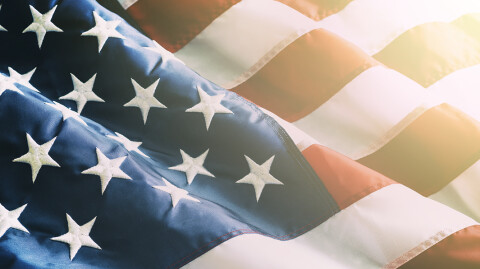 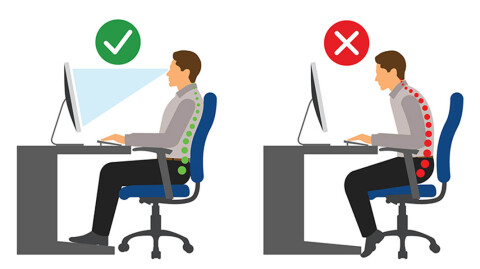 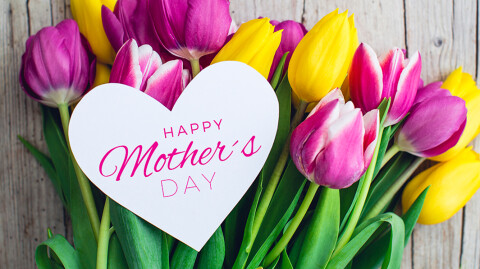